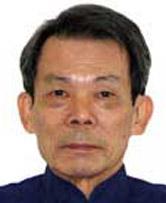 
In Kung Fu, Sifu Ng Wah Sum's first love was Hung Ga. He studied the Cheung Kiu Ma branch of the style under Sifu Lam Fei Hung. It was Hung Ga's exaggerated movements that he particularly enjoyed. It was a very physical style that was dramatic to watch.

Several months later, Sifu Ng Wah Sum spotted the opponent who was also a guest while attending a friend's banquet. His friend introduced him and found that the opponent practiced Wing Chun under Leung Sheung, who was a disciple of the legendary Yip Man. At that time, most people did not know much about Wing Chun and it was commonly regarded as women's style. After some conversation with the opponent, Sifu Ng Wah Sum discovered he was hit by the Wing Chun's chain punches easily.

Although the beimo was long over, Sifu Ng Wah Sum still felt the sting of those punches and became skeptical of Hung Ga's techniques. After a couple of months, through his friend, Ho Gay, Sifu Ng Wah Sum visited Leung Sheung's school (in fact, Sifu Leung Sheung had been expecting him). The school was located at 10 Liberty Road in Kowloon. The visit went well. Thus, Sifu Ng Wah Sum began to study Wing Chun under Leung Sheung in 1961.

For Ng Wah Sum, studying Wing Chun was not an easy task. Hung Ga's training made Sifu Ng Wah Sum very hard and stiff. He had to change his style from the hard physical Hung Ga to the soft feminine Wing Chun. Sifu Leung Sheung told him to relax and gently shaked his wrists every day in order to make himself softer.

At that time, Wing Chun was still a "small family". Sifu Ng Wah Sum was able to practise with the Yip Man's other disciples. Afterwards, Sifu Ng Wah Sum joined them to watch or participate in beimos.

In summer of 1969, Sifu Ng Wah Sum competed in the first Far East Kung Fu Tournament held in Singapore. In the fight, he lost on points. However, he managed to knock his opponent out of the ring using Po Pai.

After the tournament, Sifu Ng Wah Sum set up his own Wing Chun school on Sai Yeung Choi Street in Kowloon. Some of his earlier students included Lee Wai Ming, Leung Yin, Leung Woon Lam, Wong Kwai Lun and Chung Kwok Chow followed him. After two years of training, Leung Yin competed in the second Far East Kung Fu Tournament in Singapore and got prize of the first runner up. To Sifu Ng Wah Sum, this was the school's greatest moment. During this time (1972), Chung Kwok Chow moved to New York and started his own Wing Chun school.

During the 70's, while Bruce Lee was at the climax of his popularity, Wing Chun was in great demand. Bruce Lee created a worldwide demand for Kung Fu, especially Wing Chun. As a result, Sifu Ng Wah Sum's school was crowded with students everyday. There were up to 40 students packing in only 500 square feet of space.

In 1980, Sifu Ng Wah Sum was involved in another significant beimo. This time the opponent was a Kung Fu instructor. At one point the opponent tried to attack by using a sau kuen (an overhead blow). Sifu Ng Wah Sum responded to the attack by side shifting and using a wu sau (a type of blocking hand) to block the attack. Simultaneously, he counterattacked with a chung kuen (centerline punch), which knocked his opponent off his stance. A journalist witnessed and captured the entire event and reported it in the next day's newspaper.