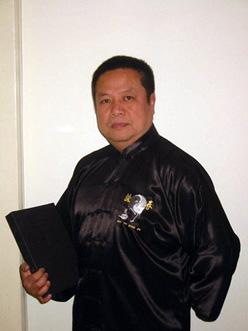 
Sifu Henry Moy has dedicated over 50 years to mastering and teaching various styles of Chinese Kung Fu, including Ving Tsun (commonly referred to as “Wing Chun”), Tai Chi, Shaolin Fist and others. In the Ving Tsun system alone, he studied over 30 years under the late Grandmaster Moy Yat, following in the lineage of Bruce Lee’s legendary teacher, Yip Man.

He has trained students of various occupations, including police officers, military personnel, celebrity bodyguards and other Kung Fu masters. Internationally renowned within the Kung Fu community, Sifu Henry Moy has been invited as a guest speaker for martial arts seminars throughout the U.S., Brazil and Canada. In 2005, he accepted the invitation to be a judge for competition by the International Wushu Federation.

Sifu Henry Moy is the founder of the Moy Yee San Jong School located in Brooklyn, New York as well as the director of the Moy Yee Martial Arts Club in Columbia University.