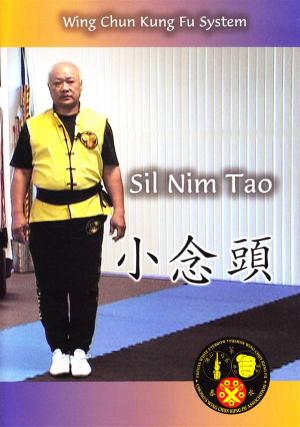 This DVD is one of four in a companion set on Wing Chun Kung Fu produced by Master Sifu Eddie Chong; “Sil Nim Tao” is the first form taught in this system of martial arts.  The form’s name translates as “little idea.”  However, what does that really mean? How does it relate to learning Wing Chun? One must understand the meaning of Sil Nim Tao’s concept and not just parrot the words.  So keep this idea in mind as you practice while observing and listening to Chong’s instruction and the advice he offers in this DVD.   Perhaps you’ll perceive Sil Nim Tao as a seed… that once planted and nurtured, it grows into something more complex and subtle and becomes an expression of beauty over time.  And above all it serves as the foundation of the second and three forms,  Chum Kiu and Be Gee.

Master Sifu Chong demonstrates the Ip Man or “Hong Kong” system of kung fu. Its movements are different than those of the “Chinese” system of Wing Chun or the “Faht Shan.”  The government of the People’s Republic of China has given the “Faht Shan” Kung Fu system, the distinction as the official recognized Wing Chun Kung Fu of mainland China.  Historically, it is said that Wing Chun’s origins are from Fushan, China.  Other masters of Wing Chun have claimed, such as William Cheung of Australia that he was taught the “traditional forms” by Ip man and what you see here, is what he considers as a modified version of the Wing Chun system.

This presents an interesting question it begs the question in fact, if the “Faht Shan” Wing Chun kung fu origins are from Fushan, wouldn’t it be considered the real traditional Wing Chun system? Hmm, are you confused, I am! So you might ask are you getting the genuine article if you practice the Ip Man or “Hong Kong” system of Wing Chun.  As I have said in previous reviews that it’s “all good,” and they are just different.  It is the man that fights not the system.  For those who have practiced the Ip man style of “Sil Nim Tao,” you might notice that Master Sifu Chong’s, demonstration shows movements which are akin to “Faht Shan” WC Kung fu. Its influence however, is very slight.  Don’t let this worry you…it’s a minor deviation in terms of the form’s practicality.

For the length of this DVD, which is about thirty minutes, it certainly gives you “more bang for the buck!”   Please pardon the implication of a mixed metaphor, here.  In this DVD, Master Sifu Chong demonstrates the full form which follows with a critique of each student’s performance; he tells them whether they’re doing the form properly or not. He also provides a wealth of applications during the instructional breakdown of this form.  For beginning students’ critical feedback is an essential part of learning.  Knowing what you are doing incorrectly in any form and in its applications, is just has important to hear, as receiving praise for doing it right!

To make it easier to understand Sil Nim Tao’s, martial art applications they are shown and divided into three sections.  It’s astounding in how Master Sifu Chong exhibits the many variations which could emerge as a counter to a simple wrist grab.  This DVD is an excellent example of a Wing Chun Master such as Chong, who has trained in both systems of Wing Chun. This DVD is a wise investment for any martial art enthusiast or instructor, as well as being a collectable item on the art of Wing Chun.