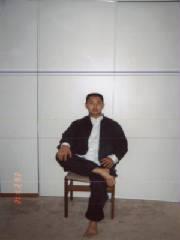 Sifu started training in the martial arts during his youth where he was searching for the right system that suited him. Since he was in a rural city in Minnesota in the USA, h END_OF_DOCUMENT_TOKEN_TO_BE_REPLACED
primary teacher/lineage
Teacher Name
Rank Sifu Holmgren Obtained
Still Affiliated?
Tony Lee (Lee K Tong)
3. Master of the System (As taught by teacher (Full Sifu))
No


Sifu started training in the martial arts during his youth where he was searching for the right system that suited him. Since he was in a rural city in Minnesota in the USA, he was limited to my options within the martial arts so he learned various systems until he turned 16 where he was taught the concepts and philosophies of Wing Chun, it was at this point Sifu dedicated his focus into the Wing Chun system. When Sifu enlisted into the US Marine Corps after highschool where he was undefeated in Close Quarters Combat within the 4 foot by 4 Foot Square Ring which gained the eye of a Marine Corps Martial Arts Instructor named Major John Davidson, at that point the Major took Sifu under his wings and trained him in Aiki-Jujitsu where Sifu was awarded the rank of Sho Dan. This still was not good enough for Sifu so he went out to search for another Wing Chun Master to learn the rest of the Wing Chun system. Sifu went into Master Tony Lee's (Lee K Tong) Oriental Medicine and Chiropractic clinic in China Town Los Angeles, CA where he met Master Lee, after becoming a regular patient at Master Lee's clinic Master Lee had told Sifu Holmgren that he had learned a different system of Wing Chun, that had caught the attention of Sifu Holmgren, after awhile Sifu was able to convince Master Lee to compare Wing Chun styles, Master Lee's display of Wing Chun was so advanced that Sifu requested to be accepted as a student, after numerous requests Sifu was finally accepted. It was from Master Tony Lee that Sifu Holmgren had finished the Wing Chun system