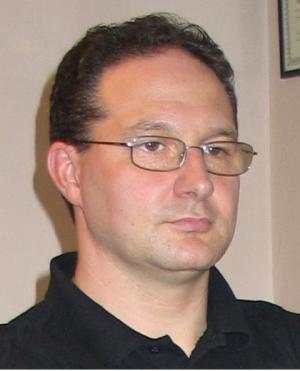 I began studying Martial Arts in 1980 studying Feng Shao, an internal martial arts system, which was popularised by Master Chi Soo. I studied the system for 18 months before being introduced to Nino B END_OF_DOCUMENT_TOKEN_TO_BE_REPLACED
primary teacher/lineage
Teacher Name
Rank Sifu Tat Obtained
Still Affiliated?
Nino Bernardo
3. Master of the System (As taught by teacher (Full Sifu))
No


I began studying Martial Arts in 1980 studying Feng Shao, an internal martial arts system, which was popularised by Master Chi Soo. I studied the system for 18 months before being introduced to Nino Bernardo, one of a hand full of people to have studied the complete Wing Chun system from one man, Master Wong Shun Leong, also called Talking Hands Wong. Nino was Hong Kong born and studied under SiFu Wong before moving to England.

Apart from learning the whole Wing Chun system from SiFu Bernardo, the one thing which Nino instilled in me was the need to research and develop myself as a practitioner of Chinese arts. After some twelve years, of study with Nino, I studied the Japanese healing system of Shiatsu, and became a member of the Shiatsu Society; along side my Wing Chun training.

My quest for understanding Chinese culture lead me to Master Lam Kam Chuen, the Da Chen Chuan Sifu, who has become very well known throughout the martial arts community, through his many publication on the subjects of TaiJi and Qi Gong.

In mid 1999 I went to HeBei Medical University to study TuiNa (Chinese Massage), Later that same year I started a three year full time course in TCM Acupuncture at the University of Westminster London. On gaining my degree I became a member of the British Acupuncture Council. I carried on my studies of Wing Chun and Zhan Zhuang Qi Gong throughout my period at University. On leaving university I found that I wanted to deepen my understanding of Qi Gong and I Chuan, the original name for Da Chen Chuan.

As luck would have it, a fellow Shiatsu and Zhan Zhuang Qi Gong practitioner Adam Hellinger had developed a close relationship with Ole Eskildsen a fellow, Lam Kam Chuen student, who had started to learn from Master Sam Tam (student of Han Xingyuan). We have found Master Tam to be very knowledgeable and open.