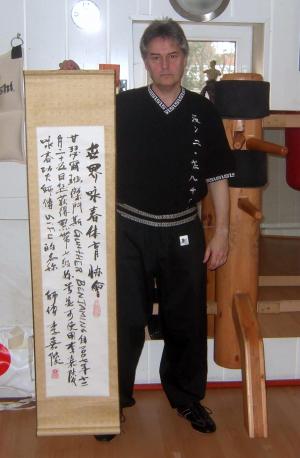 Sifu Günther Benjamins practiced Ving Tsun / Wing Tsun since 1979 and teaching since 1988. In this time he learned by Sifus / Masters of several lineages. Today he is the President of the Ving Tsun Academy Europe (VTAE), the European representative for the WVTAA and he is the Executive Vice President for the WVTAA, Permanent Member of the Ving Tsun Athletic Association / Hongkong (VTAA) and Lifetime Member of the Authentic Ving Tsun Association / Hongkong. He holds the rank of 7th Degree Black Sash under the WTAA distance learning program.

Sifu Benjamins originally learned Wing Chun from Lothar Hirneise & Klaus Pertl, who are most famous for writing a German Wing Chun book in the 80's that first compared the different lineages (mainly what was seen in Europe at that time compared to China). Hirneise retired after a few years and Sifu Benjamins eventually sought out other teachers to train under.