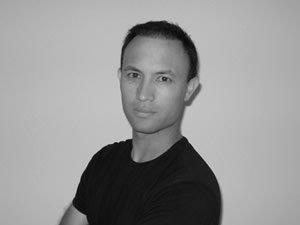 Sifu Chuck O'Neill is a third generation of the Great Grandmaster Yip Man (Ip Man), and is proud to pass on the Ving Tsun tradition as taught to him by Grandmaster Chan. His Wing Chun lineage is a END_OF_DOCUMENT_TOKEN_TO_BE_REPLACED
primary teacher/lineage
Teacher Name
Rank Sifu O'Neill Obtained
Still Affiliated?
Nelson Chan
No Formal Rank (Unknown Level of Mastery)
No


Sifu Chuck O'Neill is a third generation of the Great Grandmaster Yip Man (Ip Man), and is proud to pass on the Ving Tsun tradition as taught to him by Grandmaster Chan. His Wing Chun lineage is as follows:

Sifu Chuck was first introduced to the martial arts at the tender age of 8, when his father took him to a Judo Dojo run by Sensei Charlie Formosa in Oshawa, Ontario. From there his love of martial arts began.

He was later introduced to Wing Chun by a friend, and his love for Wing Chun gung fu began. Sifu Chuck began searching for books, videos, and the internet for any information he could find on Ving Tsun. While looking for a Mook Yan Jong (Wooden dummy) to help in his pursuit of Wing Chun gung fu, he met Grandmaster Nelson Chan a Christian Wing Chun Sifu from the Yip Man - Moy Yat line in late 1999.

From their first meeting, Chuck knew he found his answer to prayer, and his sifu. Sifu Chuck would drive from Kitchener to the Christian Wushu Fellowship in Toronto, Ontario for 3 1/2 years to train under Grandmaster Chan's watchful eye. He would return home and train every evening all that he learned from each meeting with Grandmaster Chan. He later moved back to Toronto for 2 1/2 years to be closer to his Sifu, while still working in the KW area. It was during these years at Christian Wushu Fellowship, that Grandmaster Chan encouraged Chuck to explore teaching Ving Tsun. Chuck found that he had a heart for teaching, and found enjoyment in seeing others grow. Sifu Chuck moved back to the Kitchener-Waterloo area in 2006, and with Grandmaster Chan's encouragement has started teaching Wing Chun in Kitchener at Heritage Martial arts.

Sifu Chan Cheuk Yiu is also learning Yang style Tai Chi Chuan from Master Hung Ting Seng at the Christian Wushu Fellowship. And has had the pleasure of training at the Inosanto Academy, and privately with his Wing Chun SiBok (Uncle) Gary Lam in California.