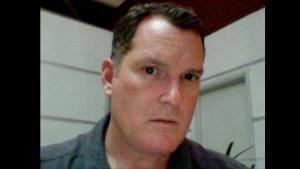 Sifu Chad Williams was the first American to train under and receive instructor certification from the Ving Tsun Athletic Association (VTAA) in Hong Kong, under his Sifu - Siu Yuk Men. Sifu Williams lived and trained in Hong Kong full time with Siu Yuk Men, learning the complete system from him in 1998, receiving instructor certification from the Ving Tsun Athletic Association. Set up and ran a Wing Chun school in Lafayette, Indiana for three years, from 1999 - 2001. In 2002 Sifu Williams reenlisted in the US Army and turned the training over to several of his loyal students. Over the last decade, Sifu Williams has continued to teach Wing Chun both overseas, and in the USA, to small select groups of students. He has also trained overseas law enforcement, military, and security personnel in firearms, combatives and self-defense skills based on Wing Chun techniques and principles. Sifu Williams is a US Army Ranger and Special Forces ("the Green Berets") honorably discharged veteran. Served with the 2/75 Rangers, and on ODAs in 1st and 19th Special Forces Groups. He is a graduate of the US Army Ranger School and the Special Forces Qaulification Course (SFQC- MOS 18C). During his time with Special Forces he operationally deployed to Thailand, Kuwait, Kosovo, and Afghanistan. Sifu Williams also spent several years working for the US Dept. of Defense in Iraq and Afghanistan either in the capacity of a team member on a mobile security team or managing high threat security related projects. Sifu Williams additionally spent four years in Cambodia training, managing and advising conservation law enforcement rangers, military police and border patrol police on the Thai/Khmer and Laos/Khmer borders. During this time he set up firearms training programs, taught patrol tactics and self defense skills and accompanied Khmer enforcement officers on over 200 long and short range patrols combatting illegal logging, wildlife poaching, and illegal narcotics trafficking and production in three separate wildlife protected areas. Sifu Williams and his armed conservation Rangers are credited in 2010/2011 with raiding and shutting down 15 illegal drug camps used in the production of ecstasy located deep within the Cardamon mountains, tripling arrest numbers and offender intercepts of poachers and illegal loggers, and removing over 4,000 snares. Sifu Williams also worked as the project coordinator for a US State Dept. UXO/EOD project in Cambodia, responsible for training Khmer Army Officers in Explosives and Demolitions and disposing of 33 SM-3 missiles. Sifu Williams holds a Bachelor's of Science degree from Purdue University in Agriculture Science, and a Master's of Science Degree from the Univeristy of London in Environmental Management. His Master's Degree dissertation was titled, "The effectiveness of armed law enforcement patrols in the protection of bio-diversity. The case of the Cardamon Mountain range of Cambodia." Sifu Williams has extensively traveled, lived or worked in over 30 countries - having such adventures, to name a few, as completing five solo treks in the mountains of Northern India and Nepal, extensive SCUBA diving in the Philippines, tropical agricultural study in Honduras, hunting in South Africa, and study of Shaolin Kung Fu Pole techniques in Yunnan Province, China. The security and safety posturing, as well as the self-defense skills he learned from Wing Chun Boxing assisted him greatly in understanding the situational awareness needed when traveling alone overseas. Sifu Williams hopes to bring back traditional Wing Chun Chinese Boxing to the Lafayette, West Lafayette, Purdue University and Central Indiana area - in order to preserve this martial art in it's purest form - yet applicable to modern day self-defense and combative applications.