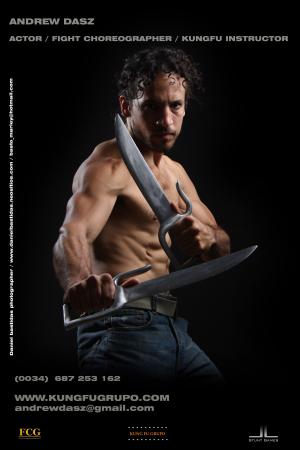 He moved to Madrid (Spain), to start to work at a Fight Choreographers Group when he was 27 years old, with his twin brother.

His acting career began when he was in Buenos Aires (Argentina), for a couples of months in 2005, with some acting and model courses. Then Andrew decided to start a new life acting and martial art/action fight scenes (fight choreography).