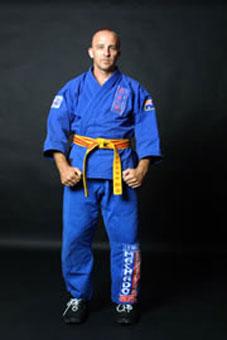 
Alfredo Del-Brocco began training in the martial arts early 1980. 1982/83 found myself training at the World Wing Chun Association, Corrs Lane, Melbourne under Si-Gung William Cheung. The year was December 1982, & the atmosphere in the School was “electrifying”. Two students had just won the World Invitation Full Contact Kung Fu Championships in Hong Kong. Wing Chun took up the next several years of my life.

A move to Queensland in June 1992 saw the opening of the first Wing Chun School under the World Wing Chun Kung Fu Association. This was an exciting period for me as I was hosting Si-Gung William Cheung on several occasions for workshops & seminars. Personal training was also on the agenda with Si-Gung Cheung as well as time spent discussing the finer points of Wing Chun. The Queensland chapter quickly expanded to 3 full-time training venues & at one point had 4 full-time Schools. “I think the growth happened quickly as there was a need for the style of training we were doing & that need wasn’t found in any other training venue in Brisbane at that time”.