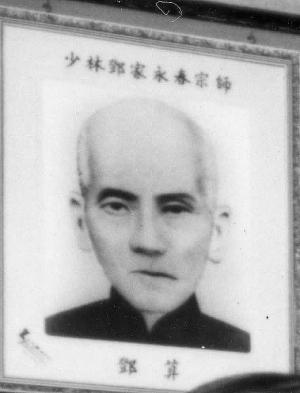 
Legendary inheritor and founder of the Tang family Weng Chun. Father of GM Tang Yik. He had several different teachers which he learned from or exchanged skills and knowledge in the Shaolin Weng Chun art. Among them were: Tim Cheung, Tang Bun, Tung Jik as well Fung Siu Ching. GGM Tang Suen was known as the King of Weng Chun long pole. He helped his native village folks to fight against bandits. During the fight one injured man accidentally felled down from the high to his death. To avoid trial GGM Tang escaped to Hong Kong and there he waited for the final court decision. One of his friends helped him to clear his name and case was closed allowing him safe return to Canton. Since that time he was very careful in challenge matches as well in choosing students. Tang Suen had only few students whom passed down his Weng Chun legacy. Program: - Weng Chun Kuen - Sheung Kung - Chong Kuen additionally: - Wooden Dummy Heaven - Long Pole Gwun Gung - Long Pole 6 1/2