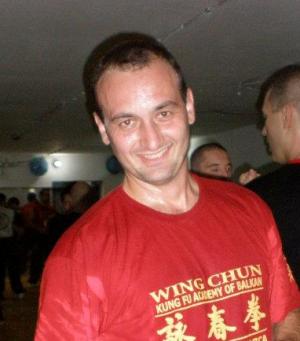 
Stolic Svetozar Cele practising Wing Chun since 1997. First he was practising in Wing Chun Klub Sremska Mitrovica and than from 2005 in Dragon Academy Wing Chun with Sifu Koviljac Nenad. In 2011. he get his SIFU certificate on a grading by sifu Nenad Koviljac. Sifu Svetozar iz very dedicated and very nice as a person, very good friend and talented practitioner and disciple of Sifu Nenad Koviljac. He still training in Dragon Academy in Sremska Mitrovica and enhance his knowledge and skills.