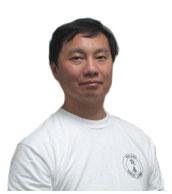 In 1985, Stanley opened his own school in Cambridge, MA. Since then he has dedicated himself to the instruction and practice of Gu Lao Wing Chun.