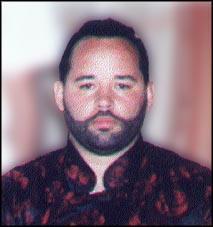 
Shi-Fu (Master, Teacher, Father) Shi-fu Shannon Moore has been training in the marital arts for over 33 years and began his studies at the age of thirteen in Detroit, Michigan. Shi-fu Moore has achieved several advanced levels in various combat disciplines, he studies have continued throughout the years to include: Tai Kwan Do, Judo, Jujitsu, Western boxing, Okinawan Shorin Ryu under Sensei Don Bitanga, Shaolin T'ien Shan P'ai under Grand Master Tony Lin and for over 22 years, has studied Grand Master William Cheung's Traditional Wing Chun Kung Fu. Shi-fu Moore is one of TWC top fighting Shi-fu's and has also competed successfully in regional and national full contact competitions. On January 16th 2004, Shi-fu Moore was inducted into the Martial Arts Hall of Fame for Outstanding Achievements in the Martial Arts . While on tour of China in 2004, Shi-fu Moore had the great fortune to be trained directly by the head warrior Monk of Shaolin inside the Shaolin Temple in northern China. Shi-fu Moore was trained in a internal special program of ChanWu (Zen & Wushu) and received his official certification of attachment to Shaolin Temple directly from the most Venerable Head Abbott Shi Yongxin. Shi-fu Moore has also been recognized by his peers in and out of the Wing Chun community.On March 6th 2010 Shi-fu Moore was awarded the Silver Lifetime Achievement Award for 30 years of Martial excellence from the United Fellowship of Martial Artists. This recognition is valued by Martial Artists because it is based on legitimate experience, ability and dedication to the true essence of all Martial Arts. In May 2011 he was voted Wing Chun Master of the Year.and in August of 2011 ,Shi-Fu Moore was appointed Director of Yong Chun (Wing Chun) for the United States Kuo-Shu Federation by Grand Master Huang, Chien-Liang. Shi-fu Moore's philosophy supports the concept that the primary function of the martial arts is the perfection of a person's life. Perfection, in this case, encompasses the preservation of health, transcending to a higher mental and physical level,the improvement of personality,temperament and the true desire to serve your fellow man. Shi-fu Shannon Moore currently holds a Master Level ranking and is certified by Grand Master William Cheung to teach the complete art of Wing Chun Kung Fu. He currently teaches classes in Columbia Maryland and is known for his "practical real life" teaching and training methods to apply to modern society and tournament situations. Private and Group Lessons are available