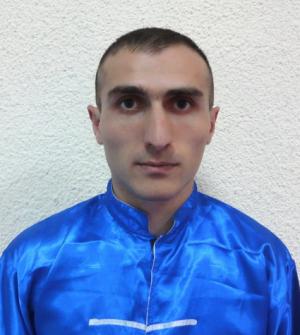 Sifu Sargis Harutyunyan began to train Wing Chun in 1996 under the guidance of Suren Avagyan and Aram Sarukhanyan, alongside with the study of other styles of Kung Fu (Tai Nui), Korean National Taekwondo, Kickboxing, Wrestling, Chan-Tsuan, Nan-Tsuan and Sanda-Wushu.

Since 1998 Sifu Sargis Harutyunyan, under the guidance of Suren Avagyan and Aram Sarukhanyan started to teach Wing Chun, continues to represent Traditional Ip Man Wing Chun in Armenia, as he has done for many years.

Memorable was their meeting with Grandmaster Juan Wing Zhang the legendary chairman of the Vietnam Olympic Committee. The Great Master with paternal kindness helped him in learning the great art of Wing Chun.

In 2001 they received from the Grandmaster Juan Wing Zhang and his teacher Saint Hui “Wing Chun Master Certificate” and an invitation to visit Vietnam in order to join Grandmaster Hee Sant and Tuan school, whose teacher was “Uncle Cui”, a disciple of the great Te Kong.

In 2007, Sifu Sargis Harutyunyan, Suren Avagyan and many others received an invitation from EWTO President Grandmaster Keith Kernspecht to visit Bulgaria, to participate in Wing Chun International Seminar, where he produced Armenian Wing Chun, surprizing everyone.

In the true spirit of Wing Chun and with the aim keeping the art practical and efficient, Sargis Harutyunyan has trained with many different martial arts instructors over the years. This has ensured that Sargis Harutyunyan’s teaching of Armenian Wing Chun techniques are of the highest quality and always practical.