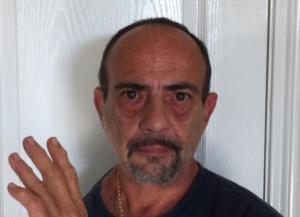 Ramon Diaz is Senior Disciple to Sifu:Joseph Musse founder of the Wing Chun Kali System Organization.Ramon started Wing Chun over 30 Years and is ranked level 7 under Sifu Joseph Musse.He began with Joe Musse during 1971 at age 16 taking Jook Lum Pai {Southern Mantis},and during 1976 began Wing Chun and the Filipino Martial Arts.He is a Dedicated Martial Artist and continues his training and growth in the Wing Chun And Kali System.


Sifu Ramon Diaz has over 30 years of expirience in Wing Chun. He trained under Sifu Joseph Musse. In 1971  He began his training with Sifu Musse in  juk lum pai ( Southern Praying Mantis). In 1976 he began studying the Art of Wing Chun and Kali( Filipino Martial Arts). He has been  a dedicated and passionate practitioner in wing Chun during all of his training. Sifu Musse Founded the Wing Chun Kali System in 1987. Each Art Wing Chun and Kali are tought seperatly, W.C.K.S does not mix the Wing Chun with  the Kali. Instead they both  complement each other. He assist his sons in their schools in Houston, Tx and Aguadilla, Puerto .