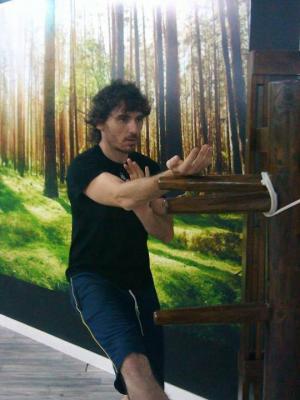 He started his career in Ving Tsun in 2003 with Albert Sala until 2005. From that year until 2007 he practised Judo at "Club Esportiu Barenys" with Elias Barenys, and continued with Jiut Jitsu training until 2009 with Kambe Toledo. In 2008 he started training under the guidance of José Ortiz until his death in 2020. He has also practiced Balintawak, Barag Sugbo and Qi Gong. In 2021 he has been certified as a direct student of Grandmaster Chan Chee Man 陳志文 in the VTAA.