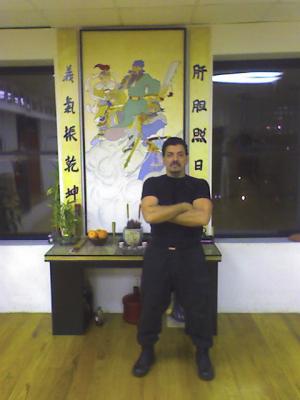 
Sifu Michael Militano began his Wing Chun Kung-Fu training in 1974 under the sole tutelage of Master Jason Lau in the Flatbush area of Brooklyn, New York.

Within just three years of dedicated, intense and diligent training, Master Lau recognized Sifu Militano's skills had grown exponentially. He appointed him instructor and he began to teach his own class within the school on October 1, 1977. In 1981, Sifu Militano achieved the level of Chief Instructor. It was in this same year that he was left in full charge of the school. In 1992, he was awarded the rank of Master Instructor by his Sifu. Among his accomplishments, he was a founder of the Unified Martial Arts Federation (UMAF). He presented the sold out performance "Masters in Action" in 1992, which was one of the largest recognized Martial Arts Event of its time, and was one of the original Co-Publishers for Action Martial Arts Magazine.

Sifu Militano has also volunteered his time and expertise at the “Queens Lighthouse – Home for the Blind” teaching Wing Chun to the blind, hosted a number of Annual Open Martial Arts tournaments with the Boys Club of New York and to the NYC police tactical unit. He was recently interviewed by Steve Bryant at thrillist.com, FOX 5 News and Metro Sports NYC. He is currently teaching in New York City's Chinatown.