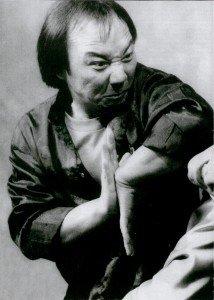 Li Hon Ki is affiliated to the HKVTAA under the number 246. he is also member of the YMMAA. li hon ki is the only one representative of Sifu Duncan Leung in South America. He wasn't a former disciple of the other masters mentioned in this formulary.


Born in Hong Kong on February 12 1952, Master Li Hon Ki began his study of Wing Chun in 1968 at Grandmaster Yip Man's school. He completed the Wing Chun system under four renowned masters in Hong Kong and is responsible for introducing Wing Chun to South America.
Master Li Hon Ki was an actor and stuntman working with the two largest Hong Kong cinematographic companies (Shaw Brothers and Golden Harvest). He has worked alongside such Hong Kong luminaries like Bruce Lee, Jackie Chan, Sammo Hung and Gordon Liu.

Master Li had enough time between films to train in different styles of martial arts. He trained in other Kung Fu systems, Tae Kwon Do, Aikido, Muay Thai and Kali to name a few. These systems allowed him to draw upon vast and diverse martial art palette that enabled him to develop new and diverse fight scenes for the film industry.

In 1977, he won the Hong Kong Tae Kwon Do Open Championship.

In 1977, he was the runner up at the Hong Kong Kung Fu Association Competition.

He also took part in many famous matches between China and Thailand in the 70's.

He immigrated to Brazil in 1979 and after a short period of time his martial arts academy won the National Championships.

He then later moved to New York, U.S.A. and established a Chinese Medicine Clinic. Later receiving an invitation to the World Kung Fu Championships in San Francisco U.S.A. Master Li Hon Ki attended and demonstrated a powerful shin kick in the process breaking a baseball bat.
The event that changed Master Li Hon Ki's perspective on Wing Chun came when he went to Virginia, to meet Master Duncan Leung formal disciple of Yip Man.
Li Hon Ki was accepted as a formal disciple of Master Duncan Leung and closed his Clinic in New York and moved to Virginia to live and train intensively under his Master in the art of Applied Wing Chun.

He then returned to Brazil to promote Applied Wing Chun where he established a school in Sao Paulo. He still travels constantly to see and train with his SiFu.
Li Hon Ki has taught many Federal Police Agencies, detectives, and Military Special Forces.

He is the President of the International Li Hon Ki Martial Arts and Chinese Herbalists Association.

Master Li Hon Ki has retired from active teaching, but he still supervises schools in different parts of South America.