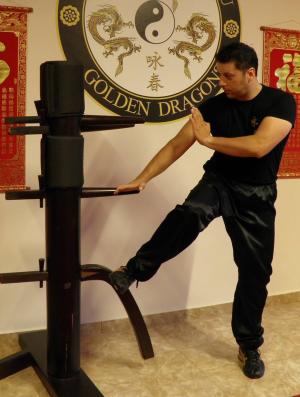 SIFU: Apostolidis John He was born in Veria-Greece on March 16, 1975. He started his involvement with martial arts and particularly with Traditional Wing Chun Kung Fu in May 2002 as a member of the Wo END_OF_DOCUMENT_TOKEN_TO_BE_REPLACED
primary teacher/lineage
Teacher Name
Rank Sifu Apostolidis Obtained
Still Affiliated?
Lun Gai
No


SIFU: Apostolidis John He was born in Veria-Greece on March 16, 1975. He started his involvement with martial arts and particularly with Traditional Wing Chun Kung Fu in May 2002 as a member of the World Wing Chun Kung Fu Association of Grandmaster William Cheung, the where he remained until January 2007. He has participated in several seminars in Veria and Thessaloniki. Retained as a teacher now, the class created by the teacher the Dai-Sifu Anthony Koutsogiannis in a gym in Veria, from November 2009 to October 2011 (the class was previously operated from May 2002 to June 2007). In recent years attending series of intensive courses in his teacher’s school, he founded his own school in Veria, which is located on the Karaiskaki 25 street. He is a certified self-defense trainer of I.S.D.O. (International Self Defence Organization). In August 2012, he went to Foshan, the city that is concidered to be the capital of Wing Chun, and had the honor to be trained and attend seminars with teachers from the most famous schools of China and especially teachers by the Foshan Luochun Ip Chun Association school (owned by Grandmaster Ip Chun - son of Ip Man) and Sim Wing Club (owned by Grandmaster Lun Kai - one of the oldest students of Ip Man). With these schools the school of Veroia is now twinned. Moreover after the completion of private lessons and seminars with the Master of the Filipino Combat System - Moder Arnis - Michael Kossivakis, he is now an official partner of the F.C.S Greece family.