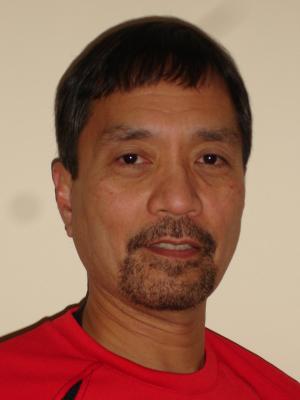 
I wanted to learn Kato’s Kung Fu from the Green Hornet TV Series in 1966!

In Kindergarten, the class bully decided to pick on me and gave me a black eye.  As a result, my uncle decided to give me some basic lessons in Western boxing.  It wasn’t until Grade 5 that the same class bully decided to pick on me a second time.  Following my uncle’s instructions, I ducked under the bully’s first punch and delivered a right hook, which stopped the encounter as fast as it had started.  Little did I know that this was the beginning of my lifetime involvement in martial arts.

In Grade 6, I purchased my first exercise and self-defense book.  A year later, I saw Kato (Bruce Lee) in the Green Hornet and I decided that I was going to learn Kato’s Kung Fu, not having a clue as to what that actually meant.  In any case, I tried to emulate Kato by wearing black shirts, pants, socks and shoes (sans the hat and mask) and delivering poorly executed striking techniques.  The following year, 1967, I purchased books on Judo, Karate and Kung Fu and, by November, my Dad had enrolled me for formal Judo training in the Saskatoon Institute of Judo in Saskatoon, Saskatchewan, Canada.

My Judo Sensei, Bob Beaumont, threw me over and over during the whole two hours of my first class.  Sensei’s reasoning was that I had to learn how to do breakfalls, and this was the best way to do so.  During the years that followed, this first lesson in Judo helped me avoid many broken bones while slipping and falling on ice in the frigid Canadian prairie winters.  Judo was fun!  In addition to breakfalls, I learned how to throw, grapple, choke and arm-lock my opponents.  But, it just wasn’t Kato’s Kung Fu.

My friend, Danny Yee, introduced me to Sifu Mak Ying Po who had just arrived and opened a Yang Style Tai Chi Chuan School in 1968.  This was the first non-grappling Chinese martial art I was exposed to.  After the first class, I was so focused trying to remember what I had learned of the Tai Chi Long Form that I missed my bus stop by my house.  As much as I enjoyed Tai Chi Chuan, it still didn’t look anything like the flashy Kung Fu demonstrated by Kato in the Green Hornet, especially in the fight scene between him and the Praying Mantis Kung Fu dude.

Undeterred, I continued on with my training in Judo and Tai Chi Chuan. In 1969, a friend in High School told me that he had just received his yellow belt in Karate.  I was told that Scheer’s Karate Schools had opened the year before.  I promptly joined the club with my parents reluctantly signing the application and injury waiver forms.  I could barely walk straight after my first class from all the calisthenics, stances, kicks and punches.  Under the tutelage of Sensei Dwight Scheer and Sensei Roy Rogala, I eventually received my Sensei title in 1973.  Sensei Scheer exposed me to various forms of Western, Chinese and Japanese martial arts.  Some of these included Kempo Karate, Shotokan Karate, Choy Li Fut Kung Fu, Tiger Mantis Kung Fu, Boxing, Kick Boxing, etc.

Backtracking to 1972, my friend Danny Yee, yet again, introduced me to another Kung Fu Sifu.  Sifu Tony Tam, his uncle, had just immigrated to Canada from Communist China.  Sifu Tam’s English was virtually non-existent, but in our first meeting Danny told me that his uncle wanted to fight me straightaway.  I obliged and for every strike I threw, Sifu Tam hit me at least five times.  Sifu Tam told me that the martial arts I practiced were child’s play in comparison to his Kung Fu.  At that time, in North America, little was known of the Kung Fu system that Sifu Tam practiced.  This Kung Fu system was called Wing Chun.  Shortly after meeting him, Sifu Tam left Saskatoon because of work.  Thirty-five years later, I found out that Wing Chun was the Kung Fu that Bruce Lee (Kato) had been trained in under the tutelage of Wing Chun Grand Master Yip Man from Hong Kong.  Oh, so close yet so far from my quest of learning Kato’s Kung Fu.

Wing Chun was a martial art in the bushes, so I continued to train myself as well as others with the martial arts I had in hand.  To complement my martial arts training, I started doing power-lifting for strength and had started to run for endurance.  In my younger days, all these made me feel very powerful and invincible.

As I got older, I found that my hard style martial arts training as well as power-lifting were beginning to take a toll on my body.  In 2002, I considered retiring from Martial Arts altogether.

Then my brother, Carlos, called in 2002. Have you ever heard of Wing Tsun (i.e. also referred to as Wing Chun, Ving Tsun, etc.) Kung Fu?, he asked. Yes!, I replied.  By the time I met my brother to test his Wing Tsun, he had already been training in the art for two years.  We met to spar and, in our first skirmish, I ended up ten feet across the room from him.  I thought that he had gotten a lucky strike in on me. The subsequent two skirmishes yielded the same results.  Much to my dismay, I didn’t even see what he had done.  One thing was for sure, whatever martial arts techniques I had learned in thirty-five plus years weren’t working.  A feeling of déjà vu came over me.  This encounter with my brother was very similar to the one I had with Sifu Tony Tam in 1972.  If you can’t beat them, join them!, I said.

My first private lesson with Sifu Haenel was a memorable one.  It seemed that I had forgotten my forty plus years of martial arts training and this included Wing Tsun.  It appeared as if he was standing still while I was moving around the room like a Tasmanian Devil, except in reality, Sifu Haenel was causing me to move around the room like a Tasmanian Devil while barely moving himself!  Others may have wanted to quit right then and there, but not me.  In my mind, he left me no choice! I had to visit him on a regular basis to find out why his Wing Tsun was more effective than mine.  I have trained and continue to train under Sifu Haenel.  My Wing Tsun has improved and continues to improve under his guidance.

In 2009 my friend, Danny Yee, came to one of Sifu Haenel’s Wing Tsun seminars in Calgary.  His uncle, Sifu Tony Tam, accompanied him and we became reacquainted thirty-seven years after we first met.  Unbeknownst to me, Sifu Tony Tam had moved to Calgary years ago.  Now in his mid-seventies, he practices Wing Chun every morning and continues to move as if he were a much younger man.

In 2010 my student, Dr. Evan Kwong, did some research and discovered that Sifu Tam came from the village of Kulao/Gulao in China.  This village is well known for its Wing Chun and a well renowned Wing Chun Sifu, Dr. Leung Jan, lived and taught Wing Chun in this village.

I saw Kato in the Green Hornet in 1966 and wanted to learn his Kung Fu.  In 1972, I met Sifu Tony Tam who knew Kato’s Kung Fu, but it was neither the time nor the place for me to learn this martial art.  In 2002, I emptied my cup to learn this Kung Fu from my brother Carlos.  In 2008, I met Sifu Ralph Haenel and continued my Wing Tsun training under him.  In 2009, I had a reunion with Sifu Tony Tam, the first Wing Chun Sifu I have ever met.

Life has come full circle!  I am in the process of learning Kato’s Kung Fu and don’t plan on retiring from Wing Tsun anytime soon! It is a fun, very practical and healthy martial art; I hope to be practicing it well into my seventies and eighties.

Caveman Self-Defense 101or the Martial of Martial Art takes but a few months to learn.  The Art of Martial Art will take a lifetime of effort to master.