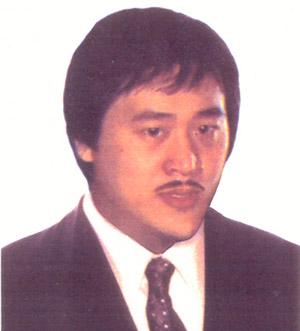 At the age of 5, Grandmaster Gee started his martial arts training under the tutelage of his father. While attaining mastery of the various styles in his Kung Fu family lineage, Grandmaster Garrett Gee demonstrated an affinity and flair for swordsmanship and is considered an expert swordsman. He and his brothers are the inheritors of Grandmaster Peter Kim Ho Chu's accumulated knowledge. Consequently, Grandmaster Gee is an accomplished practitioner and instructor of traditional Kung Fu weapons styles. At the age of 13, Grandmaster Gee impressed Dr. Wang Ming as they became acquainted while training daily in a park. Sifu Gee became the last of Dr. Wang's four disciples who received full training in Hung Fa Yi Wing Chun Kuen. Grandmaster Gee has been teaching since his move to the United States in 1975 at the age of 18.  In 2001 he was voted "Martial Artist of the Year" by Action Magazine.  Grandmaster Gee, on October 2003,  authored one of the best selling martial arts book "Mastering Kung Fu:  Shaolin Wing Chun".  With the success of his first book and after many requests Grandmaster Gee is considering writing a second Hung Fa Yi Wing Chun book which will introduce more information to the public.

Sifu Garrett Gee comes from a family line renowned for intellectual leadership, statesmanship, and excellence in martial arts and military matters. Dating back 33 generations in Garrett Gee's direct ancestral line was Zhu Xi.  According to sifu's written family tree, Zhu Xi married the daughter of mister Lau Chi-Chung and had three sons of which Sifu Gee is related to the middle or second son. Zhu Xi, one of the most prominent philosophers in all of Chinese history and was named the 45th Most Important Person in the last millennium by the Life Magazine. Zhu Xi played a pivotal role in the revival of Confucianism through the establishment of advanced academic institutions, active public correspondence with fellow scholars, publication of close to 100 books, and instruction of personal disciples who achieved broad public acceptance in their own rights. In addition to his enlightening commentaries on Confucianism, Zhu Xi profoundly influenced Chinese philosophical development for generations through his expositions on logical thought and scientific rationale. An Imperial decree in 1251, decades after Zhu Xi's death, designated several of his published commentaries as required reading for all government students. During the Ming Dynasty, Zhu Xi was officially elevated to the stature of Confucius and his birth was celebrated twice yearly. Even the finest ancient academies of scholarly study in surrounding Asian countries, such as Korea, Japan, Vietnam and other south asian countries still focus their curriculums around the writings and philosophies of Zhu Xi.

In more modern times, Sifu Gee's grandfather, Chu Jun-Bak was a renowned military leader who served as the chief instructor at Wong Bo Military School, the foremost military academy in China. Wong Bo's prominence equates to the status of West Point in the United States. Chu Jun-Bak's actually shared leadership at the Wong Bo Military School with Chiang Kai Shek in the early 1940s. Chu Jun-Bak then moved to Fatshan where his military and political acumen led to his service as Chief of Police and later as Deputy Mayor of Fatshan. Further political influence was curtailed upon the rise of Mao Tse-Tung and the Communist takeover of China.