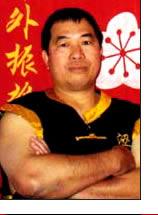 Grandmaster Leongs Academy was first opened in 1974 in Sydney. The Academy has since moved to Adelaide, South Australia and is  situated at 61 Hindley Street in the heart of the Adelaide CBD.

Grandmaster Leong has been personally instructing since the Academy's inception and as such he is able to offer over 30 years of instructing experience to convey the incredible knowledge he has developed in 50 years involvement in the Martial Arts. In this time Grandmaster Leong has trained hundreds of students, many to instructor level and beyond, and the Academy currently has over a dozen instructors in its ranks.

The Academy offers over 700 sq metres of training area, including a Muay Thai Boxing Ring, over 10 bags and 5 wooden dummies. There is training in 3 styles of Wing Chun, Muay Thai, a range of Wu Shu forms, numerous weapons forms as well as Tai Chi and Chi Kung. As such, the Academy truly offers a student the chance to be a complete Martial Artist.

The Academy has had the privilege of hosting some of the worlds best Martial Arts Masters including Yip Chun, the son of Yip Man who taught Bruce Lee, Grandmaster Yuttana a national Muay Thai coach in Bangkok Thailand, Master Li Jun Feng who was a coach of the Beijing Wu Shu Team when Jet Li trained there & Chen style Tai Chi Grandmaster Zhu Tiancai from the Chen’s village.

The Academy warmly welcomes students from interstate and especially overseas who wish to train at one of the premier Wing Chun and Wu Shu Academy's outside of China.