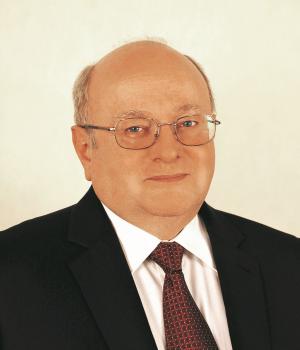 Dr Janusz Szymankiewicz holds a doctorate in cultural studies at the SWPS University in Warsaw. Also completed additional specializations in economics, enterprise management, national security and local government. Master of Chinese and Japanese martial arts. He began his education in this field in 1974. He has been practicing Ving Tsun kuen since 1977. From 1985 to 1997, his Sifu was Wong Shun Leung, and the complete teaching method he learned became the most important basis for further development. From 1999, he began researching the system design, training methods, aspects of the vibrating internal strength and the origin of the Ving Tsun kuen system. In 2001-2011, he practiced with Sifu Lon Gai, from whom he obtained information on the advanced technical aspects and traditions of the system relevant to the pre-Yip Kai Man emigration to Hong Kong and a copy of Leung Jan's manuscripts. He also collaborated with Sifu Chen Junling from Guangzhou and the so-called of the Cantonese Wing Chun School, with whom he consulted the Lok Dim Boon Kwun dummy practices and qigong exercises, as well as the publicly unknown aspects of this school's relationship with Master Leung Bik and Tientihui tong. In 2012, Dr. J. Szymankiewicz published a monumental and at the same time unique study on the Ving Tsun kuen system, its system structure, techniques and history, significantly different from the so far disseminated facts entitled Ving Tsun Kuen. History and concept of Chinese secret society combat systems. From 2014, he transferred his research to Fujian Province and the Ving Tsun Pak Hok kuen (Yongchun Baihe quan) system from Ving Tsun (Yongchun) and Zhangzhou, collaborating on issues relevant to his kung fu school with masters Zheng Xiaorong and Lee Kong. At an international conference in 2015 in Yongchun on the traditions of the Crane's fist system and its relationship with other styles of the Hakka community, his paper received a special distinction from the Chinese Ministry of Culture and was published in summary materials. As a result of the information and experience he gained, he developed the method of his Sifu Wong Shun Leung into the Syma Yen Ving Tsun Kuen Tientihui Bolan Guan school, which he promotes in Europe. His Chinese surname given to him by Wu Bin - director of the Beijing Wushu Research Institute and teacher of the actor Jet Li is Syma Yen. He raised a group of students who promoted his values ​​in Central European countries, who repeatedly successfully confronted their skills with other kung fu practitioners in China and Europe. From 2018, the method of teaching style according to Syma Yen Ving Tsun Kuen Tientihui Bolan Guan also began to be propagated in Guangzhou. J. Szymankiewicz is the most popular propagator of them in Poland and the most read and quoted author. To date, he has published over a dozen books, hundreds of essays and articles. press releases about Asian culture and martial arts. In the years 2002-2004 he was the editor-in-chief of the BUDOJO magazine, renowned on the Polish market.