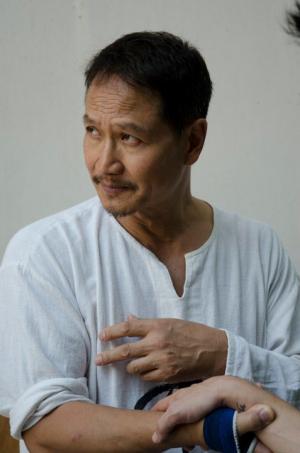 Sifu Xuan has the sum of 50 years martial experience, a majority of that, 40+ years, being dedicated solely to WingChun and the other years in Boxing, Judo, Taekwondo, Taiji and Qigong. HisWin END_OF_DOCUMENT_TOKEN_TO_BE_REPLACED
primary teacher/lineage
Teacher Name
Rank Sifu Xuan Obtained
Still Affiliated?
Nelson Chan
3. Master of the System (As taught by teacher (Full Sifu))
No

Sifu Xuan has studied, trained and taught wingchun for almost 50 years through 3 of GM Ip Mans primary student lineages. Sifu Xuan is still on good terms with all his teachers but he has refined his personal system to explain the differences between them acording to his understanding. He has ironed out a system that he believes makes the most sense and delivers the most power according to each individual's structure.


Sifu Xuan has the sum of 50 years martial experience, a majority of that, 40+ years, being dedicated solely to WingChun and the other years in Boxing, Judo, Taekwondo, Taiji and Qigong. HisWingChun lineage can be seen below.

Sifu Danny Xuan rejects the mass commercialism commonly found in Wing Chun schools nowadays and students of the martial arts find his classes a breath of fresh air. His high quality, small classes, conceptual and hands on approach has allowed for his students to master wingchun at a much quicker rate than those in conventional schools.

A place close to his heart for its rich culture and his ethnic heritage, Sifu Danny also teaches in his beautiful school in Lijiang, China.

He was born at the bottom of the Himalayas in India, in a hill-station town called Kalimpong, that shared borders with Tibet, Sikhim, Nepal and Bhutan. His father Tibetan-Chinese; his mother Vietnamese, he moved to Calcutta as a boy, where everyday street scraps motivated him to start learning at the local boxing gym, before his family migrated to Canada , where he spent most his life and is still a citizen of.

He currently resides in Thailand with his wife and child but travels often to China and other parts of the world to teach private students. He speaks English as a first language and knows Mandarin fluently allowing him to give students a deeper understanding of the Chinese Character forms chosen to represent concepts and symbols in Kung Fu. Read his full journey through the martial arts here.