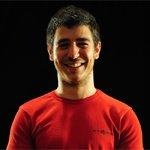 Sifu Berat UYLUKCU leaved EBMAS and took his WingChun students of Istanbul over in 2011. Same year he founded “proWES” reflecting his perspectives and ethical mentality.


Berat Uylukcu is the Founder and Chief Instructor of proWES (profound wingchun escrima systems). He was born on 14 April 1987 to a family in sports for three generations. He started sporting playing soccer in 1995. Playing at different clubs and keeping his football running, his elder brother Cemil Uylukcu introduced WingChun to him however he had to wait until 14 to start his WingChun career. He would have stayed at EBMAS organization until 2011. He started to WingChun in 2001; became an instructor in 2003 and he ended his football thanks to his dominant passion for WingChun and decided concentrating on it. He improved his WingChun and Escrima by taking private lessons from Sifu Cemil Uylukcu and Sifu Emin Boztepe. He trained students in Istanbul until 2007 and brought up the initial students of Bursa. Same year, he moved to Izmir with a radical decision and started his school there. He aimed carrying this style to different cities of Turkey and introduce it to more people. He was given “Sifu” title in 2009. He took the students of Istanbul over in 2011. Same year he founded “proWES” reflecting his perspectives and ethical mentality. He played as a stuntman on some TV series, and choreographed the movie Ejder Kapanı(aka Dragon Trap). He is the CEO of "Castle Coreography Team" since 2012 and coreographed the worldwide known tv series Muhteşem Yüzyıl (aka Magnificient Century). He still keeps teaching at his school Berat Uylukcu Savaş Sanatları Merkezi (Berat Uylukcu Martial Arts Center which is also proWES-Turkey Headquarters) in Izmir and training students in Istanbul, and visiting different cities connected to proWES for education.