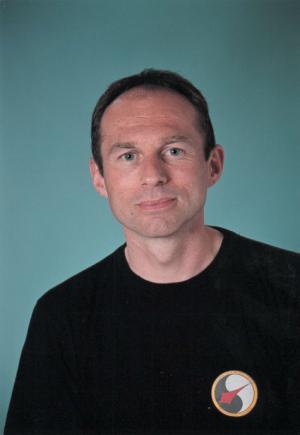 In 1999 Sifu A. Oschlies established the DLJO. The self-evidence of DLJO exceeds by far the simple instruction of a self-defence-method. It is our aim to interest as much people as possible in this sp END_OF_DOCUMENT_TOKEN_TO_BE_REPLACED
primary teacher/lineage
Teacher Name
Rank Sifu Oschiles Obtained
Still Affiliated?
Keith Ronald Kernspecht
No


In 1999 Sifu A. Oschlies established the DLJO. The self-evidence of DLJO exceeds by far the simple instruction of a self-defence-method. It is our aim to interest as much people as possible in this special and fascinating art. Although Konfuzius lived before Christis birth, nevertheless, his fundamental ideals are still today or all the more again an important subject.

We would like to make our modest contribution for a society in which ideals like sincerity, loyality, respect etc. gaining again in worth.

Furtheron our combat-art serves also the maintenance resp. recovery of health, of a balanced bearing as well as a sound self-confidene.

Sifu A. Oschlies had in 1982 his first contact with this chinese method, which according to the lagend was derived from a nun from the famous Shaolin-Monastery. Since that time, meanwhile now 24 years, he is practising the self-defence-method, which is called in the DLJO „Leung Jan Wing Chun“. In 1989 he established his first trainig-center in North-Germany, meanwhile the association is represented even in Bavaria.

Sifu A. Oschlies instructs professionely and extensively, same as the system is which he represents. The training for adults covers self-defence in normal groups but also in special classes with a few members only or even in face-to-face single training courses. Furtheron the comprehension for some far-eastern wisdoms will be deepened, which thoroughly could be a helpful attendant for the daily life. The crown of self-defence takes place in the education of body-guards, where a close co-operation with several ministries exists.

In the self-defence for kids are things like challenge of the general ability of co-ordination, building-up a normal self-confidence, dropping off a victim behaviour, recognition and solving of dangerous situations in the foreground. The learning of a self-defence and the reduction of aggressions are appreciated side products of our work. Generally it could be claimed that more anxiously children will be build up and more striking kids should be slowed down.

Meanwhile the association arranged and organzized many demonstrations, also at serveral world-champion-ships. The DLJO appeared several times on TV and could convince because of its competence and modesty.

The difference ?
We educate and live LJ - Wing Chun with spirit and common sense and are located qualitatively in the range of the leading group of the first five training-centers.
We pay special attention on the balance of technique and philosophy, for us fighting-art is not an empty phrase. We are proud of having surrounded us with nice people only, and there the matter must rest.