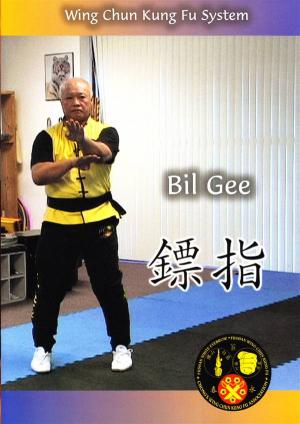 This DVD’s instructional format is the same as for Master Sifu Chong’s production on Sil Nim Tao and Chum Kiu; it is also part of a four volume companion set.  This WC series is from my point of view primarily a presentation of Ip Man’s “Hong Kong” Style of Wing Chun, although this is not mentioned.  The “Faht Shan” influence is obviously there.  If you have seen the “Chinese” system of mainland China or “Faht Shan” Wing Chun kung Fu you certainly know what I mean.

As in Chong’s other DVDS on the Wing Chun Kung System, there are differences in this form which shows the “Faht Shan” stylistic influence.  The variations exhibited, however, are minor. For example, in the first part of the form where Chong turns to the right and left side, he draws the opposite hand back into a fist and chambered position; this is not generally done in the Ip Man style Wing Chun. That’s not to say; however, that other Ip WC stylist couldn’t do the form this way…it’s strictly a matter of choice.

In the last sequence of the Bil Gee, Chong does not include any ending kicks, however, other teachers might.  WC stylist of other schools would see that the entire Bil Gee movements in Chong’s demonstration are in a slightly different order, however, as far as practically goes, that doesn’t matter!   And frankly, there’s no reason why it can’t be done that way, if one keeps to the principles of the Wing Chun system.  Again, as I have said in previous reviews it’s not a matter of kind, but one of degree.  If you have watched Augustine Fong and William Cheung do the third form, their expression of it is radically different from what you see here in the Chong’s DVD.

Within this series, Chong again critiques student performances and offers suggestions on how they might do it better.  He advises that one should do the form slowly and not to go through it too fast, as if you’re in a hurry to catch a bus. Incidentally, Ip Chan and Samuel Kwok give the same advice on this manner of practice. Doing the form slowly produces a special training affect over time which many beginning students don’t readily appreciate. Good practice and training requires patience. This method of practice actually quickens the speed in applications and kinesthetically, it changes the muscle fiber type and spindle for greater sensitivity.

Chong’s method of teaching is also to show how different options in technique might be used for the same situation. He also provides counter movements as the opponent attempts a response to one’s change in position and technique…a counter, attack, counter scenario.  As in his first and second DVDs demonstrating form, he breaks down the instruction and application sequences into sections, showing how specific movements in the form might be applied.

Sole practitioners might consider this DVD short in duration; however, it’s packed with good advice in how to use technique effectively. This DVD on the Bi Gee form and the other three in this four volume series are indeed, a worthy collectible set on the Wing Chun Kung fu system.