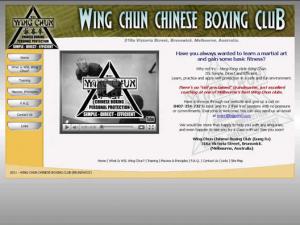 The most accomplished master of the Wing Chun system was the late Wong Shun Leung who participated in numerous bare-knuckle fighting contests during the mid 1950's to the mid 1960's.

Wong Shun Leung established Wing Chun as a formidable fighting system, and it is his method of Wing Chun that is practiced at our Wing Chun Chinese Boxing Club.