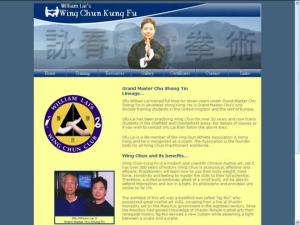 Wing Chun Kung Fu is a modern and scientific Chinese martial art, yet it has over 300 years of history. Wing Chun is economical, effective and efficient. Practitioners will learn how to use their body weight, mind force, sensitivity and feeling to master the skills to their full potential. Therefore, a skilled practitioner, albeit of a small build, will be able to defend themselves and win in a fight. Its philosophy and principles are similar to Tai Chi.

The architect of this art was a buddhist nun called "Ng Mui" who possessed great martial art skills, escaping from a fire at Shaolin monastry set by the Manchus government in the eighteen century. Since the Manchus had gained knowledge of Shaolin Temple martial arts from renegade monks, Ng Mui devised a new system while observing a fight between a snake and a crane.

This new system was passed on to a young girl called "Yim Wing Chun" after whom the system was named. She then passed it to her husband and further through her line of generations of masters to present day "Ip Man" who died in 1972.