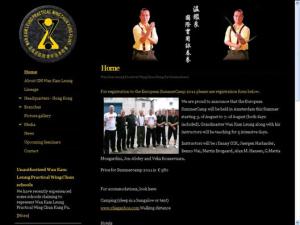 In 1958, WAN moved to Hong Kong to join his Father. His interests in Kung Fu continued and in 1962 he started to learn Wing Chun from the late Sifu WONG Shun-leung.

At the time, WONG was just about to open his first Wing Chun school, a small flat above Nathan Road, Kowloon. WAN quickly took to the style and became a close friend of WONG.

In 1969 WAN became a Sifu in his own right and began active teaching.