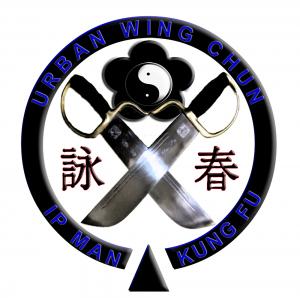 Welcome to Urban Wing Chun, based around Milton Keynes with Classes for all ages, fitness levels and abilties. Urban Wing Chun teaches traditional Ip Man Wing Chun with its most Senior Instructor Sifu Peter Mogridge being under the guidance and teaching of Grandmaster Samuel Kwok. We offer friendly classes with a comprehensive grading system to ensure a smooth journey on your way to learning one of the most effective and efficient Kung Fu Systems in the world. What is Wing Chun? Wing Chun is a very unique and scientific form of martial arts. Wing Chun is a style of Kung Fu that originates from China, the martial art was later refined in Hong Kong. Wing Chun's specialty is in close contact combat, using quick punches and kicks with a tight defence, coordinated through agile stances and footwork for a quick advance. The effectiveness of Wing Chun is achieved by well coordinated attacks with simultaneous defence and vise versa. Due to its effectiveness this martial art makes for an effective form of self defence. The student must learn to deliver the correct amount of energy, whilst staying relaxed when possible. A good Wing Chun Sifu (instructor / teacher) will teach the student to overcome force with positioning and turning rather than meeting it head on. The style uses kicks, sweeps, palm strikes, punches, trapping and control techniques as part of its fighting arsenal. The Martial Art Syllabus There are many different parts to the Wing Chun system. Learning this style of Kung Fu requires knowledge of Chi Sau, the hand form, the weapons and dummy forms and sparring. Chi Sau Unique to Wing Chun is "Chi Sau" (or Chi Sao), a form of training to help develop and put into practice your techniques and theories you learn during your training. Chi Sau teaches and helps the student to develop a responsive reflex, along with good position, how to overcome your opponents strength, correct usage of energy and taking advantage of the shortest possible distance between you and your opponent. Chi Sau will also help with sensitivity, or "reacting to feeling rather than sight". In addition to this Chi Sau helps students learn to react to unpredictable movements as there is not set of predefined movements. The Forms The principles, theories and techniques of Wing Chun are founded on the three hand form and the wooden dummy techniques. Training begins with Sil Lim Tau (little idea), Chum Kiu (bridge seeking), Biu Gee (thrusting fingers). Then the serious of students will learn Muk Yan Jong; (wooden dummy), Luk Dim Boon Gaun (six & a half point pole) and finally Bart Cham Dao (eight cutting double knives). Kung Fu Lineage Pictured in the Gallery is Grandmaster Ip Man (sometimes referred to as Yip Man). Ip Man taught many famous martial artists & Actors in hollywood including the late Bruce Lee,Other Actors that practice are James Coburn, Steve Mc Queen, Robert Downey Jnr, Nicolas Cage,Christian Bale, Donnie Yen (Played Ip Man in the films) to name a few . The other photos are Ip Man's sons Grandmasters Ip Chun and Ip Ching, and their student, Samuel Kwok. This linage can trace its history back to the origin of Wing Chun. It was Ip Man's dream to make the Chinese martial art Wing Chun, a well respected fighting system around the world, and through tuition by his sons, Samuel Kwok has played his part over the last twenty five years. Sam Kwok has helped bring Wing Chun to the forefront of Martial arts practice today. Grandmaster Kwok has wrote a couple of great Wing Chun Books and made many Wing Chun Videos and DVDs which help students across the world improve their Wing Chun. There are many Wing Chun schools and instructors up and down the United Kingdom, as well as across Europe, in Denmark, Germany, South Africa, Australia and the United States to name a few. Many of the Sifu's at these schools owe a great deal of their understanding of the art to the influence of Samuel Kwok's teaching of traditional Ip Man Wing Chun Adult classes are currently held most days. Monday at 9:00pm - 10-00pm Tuesday at 8:00pm -9:30pm Wednesday at 8:15pm - 9:45pm Thursday at 7:00pm - 8:00pm. session 1 Thursday at 8:15pm - 9:15pm session 2 Saturday from 9:00am - 5:00pm ( Private 1 2 1 sessions ) Sunday at 11:00am - 12:30pm Urban Flexi Program: book in weekdays at a time that suits you too train 2 hour notice required & prices are the same as private 121 sessions Kids Class starting soon