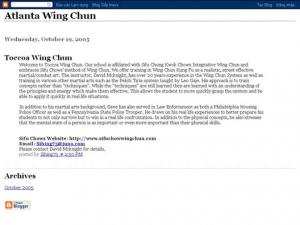 David has been training in Wing Chun since 1983, First under Roy Under of the Augustine Fong lineage, and later under Keith Kernsprecht and Alan Fong. He was awarded with Primary lnstructor level under WT system in 1987. In early 90's he finally met Sifu Chow and was impressed by SIfu Chow's level of skill and understanding of the art. He decided to embrace Sifu Chows approach to Wing Chun. After years of training under Sifu Chow, he is running class in Altanta, GA.